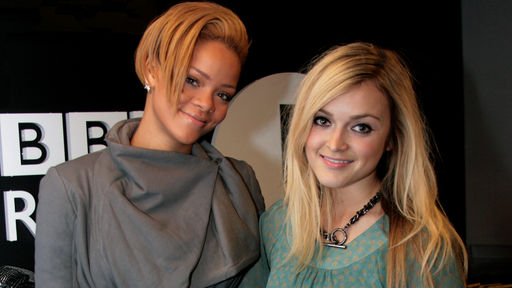 Rihanna is raging after hearing BBC Radio 1 play a new censored version of S&M – which was finally allowed a play after a short ban on the track.

The song was given a play under a new name of “Come On” by Reggie Yates during this week’s chart show when it charted at Number 20.

The lyrics including “sex in the air” and “chains and whips excite me”were edited to make it worthy of a play during the day. The letters“S&M” have, of course, also been removed.

The station had originally refused to play the song during the day until the edited version had been produced by the record label.

Shortly after “Come On” was played Rihanna tweeted: “Are you f—ing kidding me??? I’m on it!”

She stated she had not been consulted about the edit and was not happy with the result.

It’s not a surprise that Ri Ri is irritated by this.

The new version had the word “sex” censored, but songs like The Vaccines’ Post Break-Up Sex has not been edited.

BBC Radio 1 this evening were quick to point out to Unofficial Mills that this wasn’t a case of double standards and the edit comes from Rihanna’s record label. They also added they are the only major station (other than Choice FM) to play the song.

A spokesperson stated: “We will continue to play the original track in specialist shows with an appropriate introduction. It is common practice to play radio edits of certain tracks in daytime”.

You can listen to the edit here at 1 hour 30 minutes and 15 seconds on the BBC iPlayer.

Jono is a social media manager working in the news industry. He created Unofficial Mills back in 2004 when he was just 15! Nearly fifteen years later he still contributes to the website.
Newer Post
Scott to take part in The Red Nose Desert Trek
Older Post
RAJARs: Good news for Chris Moyles and 1Xtra