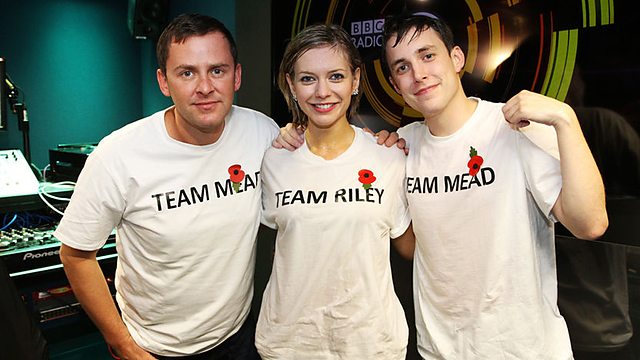 Scott has been known to support friends of the show on reality television shows, but rather than giving the celebrities a boost in the competition, they may now argue it’s more of a curse.

After much deliberation Chris and Scott agreed to support Vanessa Feltz in this year’s Strictly competition – until she was voted out in the second week.

Unconcerned by this fast exit, they chose to support another friend of the show in the form of Deborah Meaden. However just two weeks later she too was knocked out.

Rachel Riley in the Strictly ‘Dance Off’ before exiting the show

It became a bit of a running joke that this had quickly become the “Curse of Scott Mills”, so Rachel was pre-warned during her appearance on Radio 1 earlier this week that it may see her voted out of the competition. But no one was expecting her to therefore leave the competition this evening.

Jono is a social media manager working in the news industry. He created Unofficial Mills back in 2004 when he was just 15! Two decades later he still contributes to the website.
Newer Post
Could PR4L duet with Tinie Tempah?
Older Post
Which Christmas song should Scott play next?