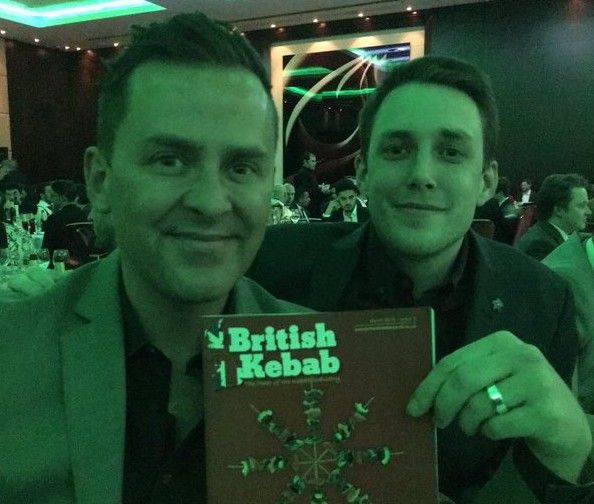 Scott and Chris appeared at the Kebab awards last week to give away the ‘Best Newcomer’ award.

The event, which was also attended by leading politicians including Jeremy Corbyn, took place in London and is known as the Oscars of the fast food world. It is the fourth event to have taken place.

Scott and Chris were invited after Chris’ appearance at the awards the year before. While the jokes had a mute response, the duo were well-received on the night and were said to have enjoyed the interval entertainment which was provided by The X Factor’s Two Shoes.

We're just writing the speech. Left it a tad late. But we're at the British Kebab Awards! Lets get meze @KebabAwards pic.twitter.com/64ZOXwvehr

Jono is a social media manager working in the news industry. He created Unofficial Mills back in 2004 when he was just 15! Two decades later he still contributes to the website.
Newer Post
Scott to appear on The Chase in April
Older Post
When is Innuendo Bingo returning?