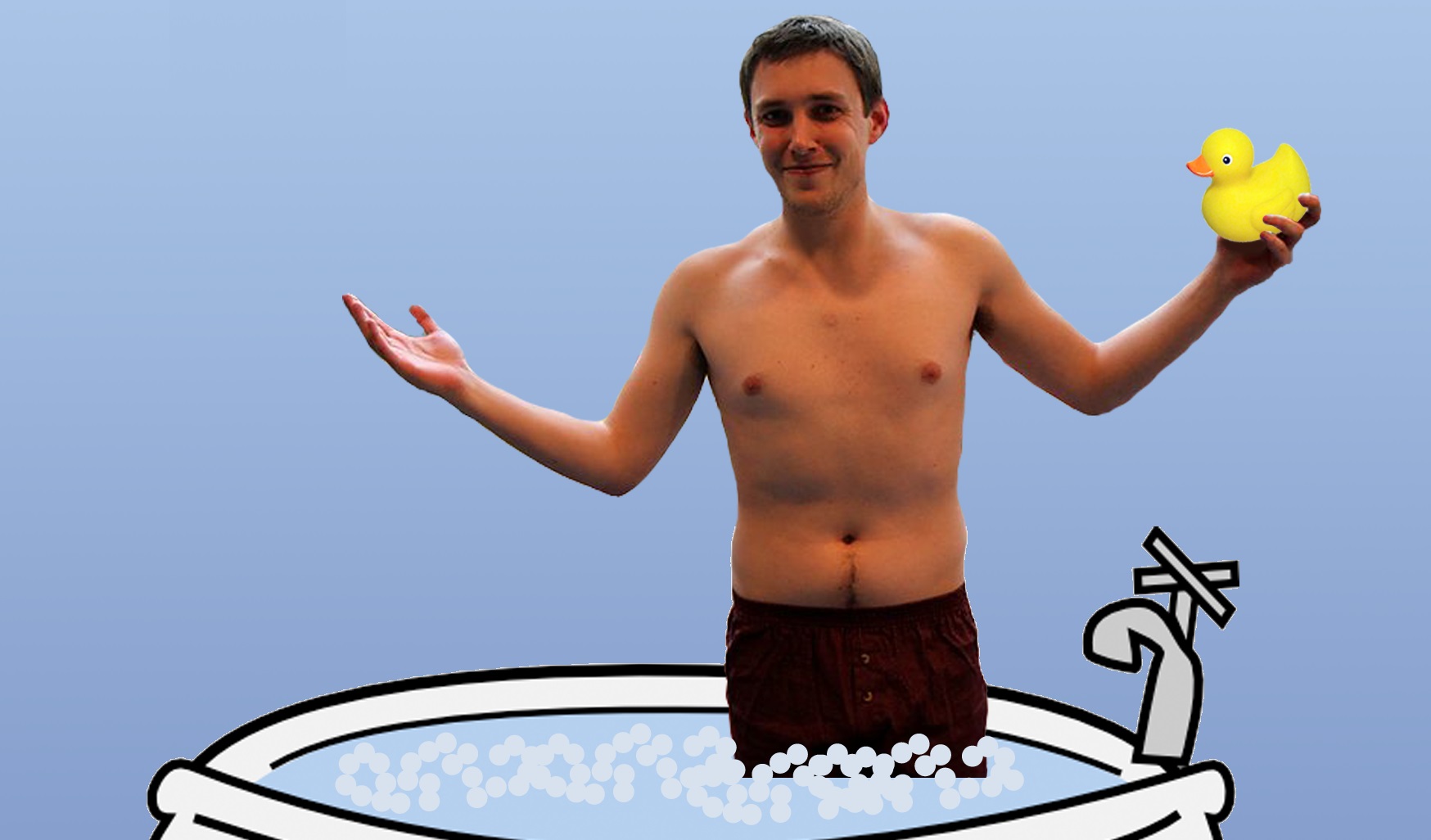 Unofficial Mills has launched a new ’24 Years at the Tap End’ so you can hear all of the episodes from Chris Stark’s autobiography from both Series 1 and 2.

The inspiration for Tap End came from a swarm of celebrities writing their own autobiographies in time for Christmas 2011. After hearing about Brendan from Coach Trip’s latest book, Chris went about creating his own. “24 Year at the Tap End” came about after Chris realised, at the age of 24, he had been sitting in the bath at the wrong for the whole of his life. The first episode was aired on Radio 1 on 11th November 2011. The first series ended in March 2012.

A second series was aired in September 2012 and finished in March 2013. As yet there hasn’t been a third series, but a late night Tap End (Unplugged) aired on late night Radio 1 in January 2014 to reveal some of the incidents from a holiday in Prague which were too blue for daytime television.

Now Unofficial Mills is offering all of Tap End as a download so that five years on fans of the show can listen back again. To get all of the files as a download head this way.

Jono is a social media manager working in the news industry. He created Unofficial Mills back in 2004 when he was just 15! Nearly fifteen years later he still contributes to the website.
Newer Post
Holiday From Hell? Chris caught up in Costa Blanca fires
Older Post
Relive Laura’s Diary