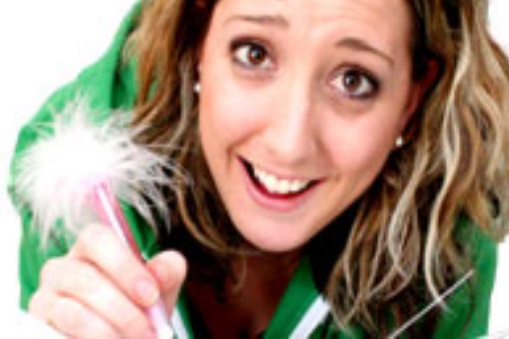 Back in October 2005, whilst the team sat in for Chris Moyles, Laura’s sister Mary found Laura’s old diaries in her bedroom back in York and began reading them out on air in the imaginatively titled feature ‘Laura’s Diary’.

In Season 1 we found out about her crushes on Andy and Jamie when she was around 13 years old. Originally the diary was read out in an American accent by Mary, but this soon faded by the middle of the series. In January 2006 Season 2 was read out, branded ‘The College Years’, using a name associated with ‘Saved by the Bell’. This season comprised of many codes, and we found out about her crush on her piano teacher in 1996.

Laura’s Diary became a favourite of Scott’s listeners, and soon moved to the afternoon show. Season 3 saw Laura meet ‘Ben’ from her brother Henry’s band Monster Sunshine. They got together, but things don’t go quite to plan. And in Season 4, Laura talks of her troubles at university.

The final season, Season 5 – “the final chapter”, was aired in October 2006 to much fanfare when Scott sat in for Chris Moyles on the Radio 1 Breakfast Show.

Now ten years later you can relive the whole five seasons on Unofficial Mills. Listen again and download the files here. Alternatively the full story is on our YouTube channel.

Jono is a social media manager working in the news industry. He created Unofficial Mills back in 2004 when he was just 15! Nearly fifteen years later he still contributes to the website.
Newer Post
New ’24 Years at the Tap End’ archive
Older Post
BBC Radio 1 loses one million weekly listeners