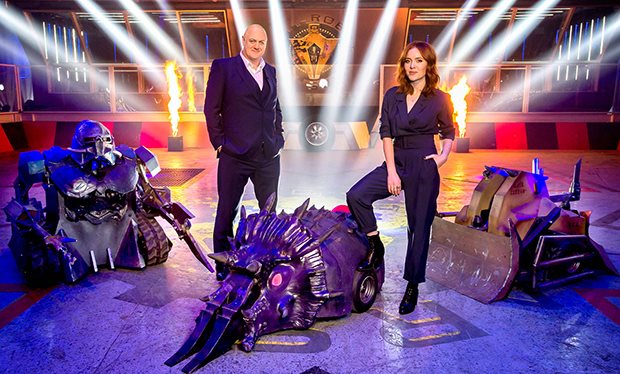 Scott and Chris to appear on Robot Wars

Scott and Chris are to appear in a two-part Robot Wars Christmas Special on BBC Two over the festive period.

Teaming up with experienced roboteer Dave Moulds to create their own mechanical machine to challenge opponents in the arena, they will battle Olympic athletes the Brownlee brothers, space scientist Dr Maggie Aderin-Pocock and sports presenter Suzi Perry.

Speaking ahead of filming Scott and Chris said: “We are so excited about getting involved in Robot Wars this Christmas – what’s more festive than getting to play with a new remote controlled toy?! Sir Killalot should watch out, we’re coming for you…!”

Fingers crossed Scott and Chris’ creation is a Who-Bot.

Me and @chris_stark are in practice for Robot Wars ! pic.twitter.com/BGKhfA3xVg

Jono is a social media manager working in the news industry. He created Unofficial Mills back in 2004 when he was just 15! Two decades later he still contributes to the website.
Newer Post
Scott and Chris’ Bangers to air on Christmas Eve
Older Post
The Scott Mills Bridge closed following fire