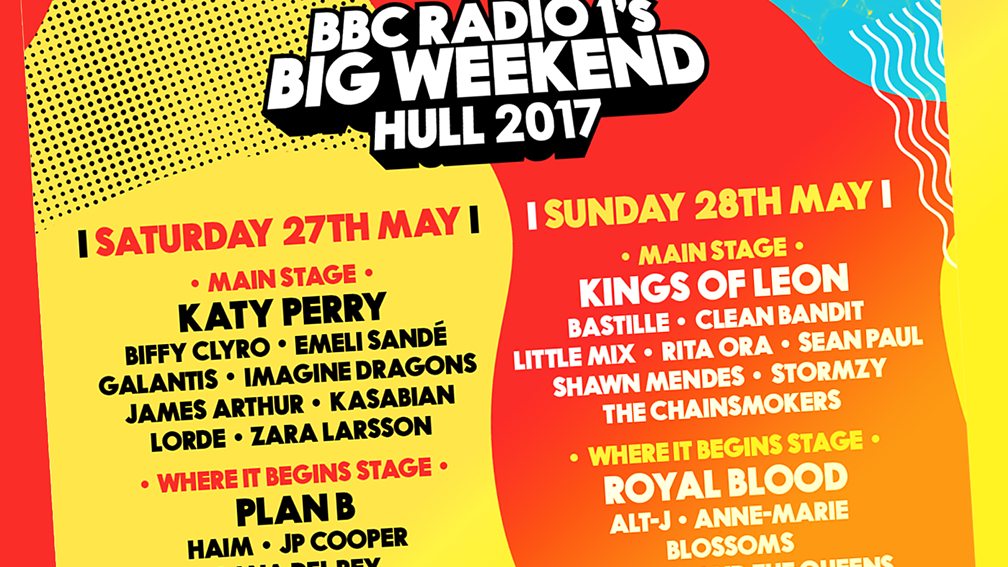 After last year’s Radio 1 Big Weekend in Hull all eyes are on the BBC to reveal the full scale of their festival plans for 2018.

With no Glastonbury in 2018 the BBC has revealed it plans to hold a music festival which will take in four sites, in four nations, over four days, with over 175,000 tickets available to the public.

The name – perhaps rather unimaginatively – will be ‘The Biggest Weekend’ and will be broadcast on Radio 1, 1Xtra, Radio 2, Radio 3, the BBC Asian Network, and 6 Music. It will also appear on the BBC’s TV channels including BBC Two and BBC Four.

The BBC said the event is likely to be a one-off event and will run across the late Bank Holiday weekend in May (25-28 May 2018). This date is usually held back for Radio 1’s Big Weekend – so it is likely this will replace it this year.

Bob Shennan, Director BBC Radio and Music says: “BBC Music has a strong history of bringing the nation together for some special moments, and this is the biggest single music event ever attempted by the BBC. We will be celebrating the diversity of music from four different corners of the country, bringing the best UK music to the world and the best global music to the UK.”

Jono is a social media manager working in the news industry. He created Unofficial Mills back in 2004 when he was just 15! Two decades later he still contributes to the website.
Newer Post
Scott Mills is the new host of the Radio 1 Chart Show
Older Post
Scott Mills on Charlie Sloth’s new evening show